Understanding the MBTI ® and Personality Type

What is the MBTI?

The Myers-Briggs Type Indicator® (MBTI®) is a forced-choice personality inventory based on C.G.Jung's theory of Psychological Types. Its purpose is to make this comprehensive theory of personality practical and useful in people's lives.

Isabel Myers worked on the MBTI for nearly 40 years, until her death in 1980. The MBTI has been continually researched and was recently revised, with the publication of Form M in 1998.

The MBTI is an extremely reliable personality questionnaire. On average, 75% who take the MBTI report the same result on retake. For those with clear preference results, this can go up to 95%.

The MBTI and psychological type enables you to use a non-judgemental language to talk about some serious issues, both within an organisation and in counselling and helping people. Type theory is comprehensive, involving both nature and nurture: it is a systems theory and a stage theory, a dynamic way of representing who and what people are, and may become.

People who complete the MBTI are given a four letter code (e.g. ISTJ; ENFP etc.) as their results which, when verified, indicates their personality preferences as one of 16 Types.

Because the MBTI is based on a comprehensive and coherent theory of personality, applications can be found in almost anything which involves people e.g. communication, leadership, change management, team building, planning, marketing, writing, counselling, personal development, career planning, teaching and learning and so on.

The MBTI is not designed as a clinical inventory. All 16 types are considered valuable and normal, each with their own strengths and weaknesses and contributions to make to society and the workplace.

What are Type Preferences?

Type preferences are easy to understand, but also contain a lot of depth.

C.G.Jung, one of the pioneers of psychology, developed his theory of types as a means of accounting for differences in the way people take in information and make decisions. The theory remained a cornerstone of his thought and practice over many decades. His work was studied by Briggs and Myers who produced, the MBTI. They considered, broadly in line with Jung, that people had innate preferences for either:

* While commonly referred to as the Myers Briggs Test or the MBTI test, the MBTI ® is not a test but a personality inventory or instrument in which there are no right or wrong answers. 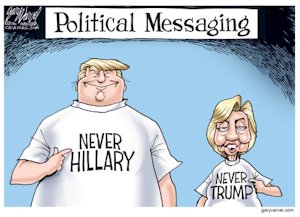